Is my degree important?

Filed under: Education
Comments: None 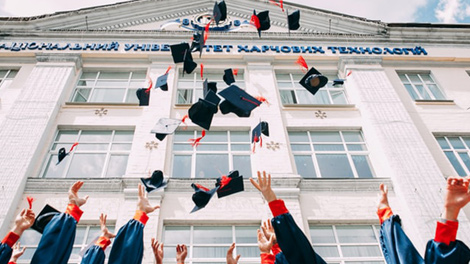 their confidence in engineering degree. The colleges which opened like mushrooms are going empty and closing down.

What happened here? The engineering degree was a well sought certificate till only few years ago. Well, it happened because that degree didn’t guarantee “learning”. The colleges which got opened were just the business houses which used the money minting opportunity and started churning out engineers which didn’t learn much in the college. The result – either they didn’t get a job which would justify the fee paid or their knowledge was not up to the mark for them to fetch a decent job!

A recently published data shows that as of December 2020 (first three quarter of fiscal year) Rs. 8263 crore belonging to more than 3.5 lakhs students that have availed education loan have been classified as non performing asset. Stream wise loan data shows that of the outstanding loan amount of Rs. 84,965 crore ~40% is contributed by engineering students!!

So is it worth taking huge loans to avail a degree which is not guaranteeing a job? That’s a million dollar question.

For how long industry will look for half baked engineering students? If they have to train people anyways then why not just hire people with any background and take them through a relevant training?

There are many such examples where degree is losing its sheen. Google has started their own academy where they have got into a pact with some companies that students who go through their academy will get employed by these companies.

There are other similar schools who are focusing on learning rather than a certificate or a degree. If this trend continues then sooner than later your degree will become irrelevant!